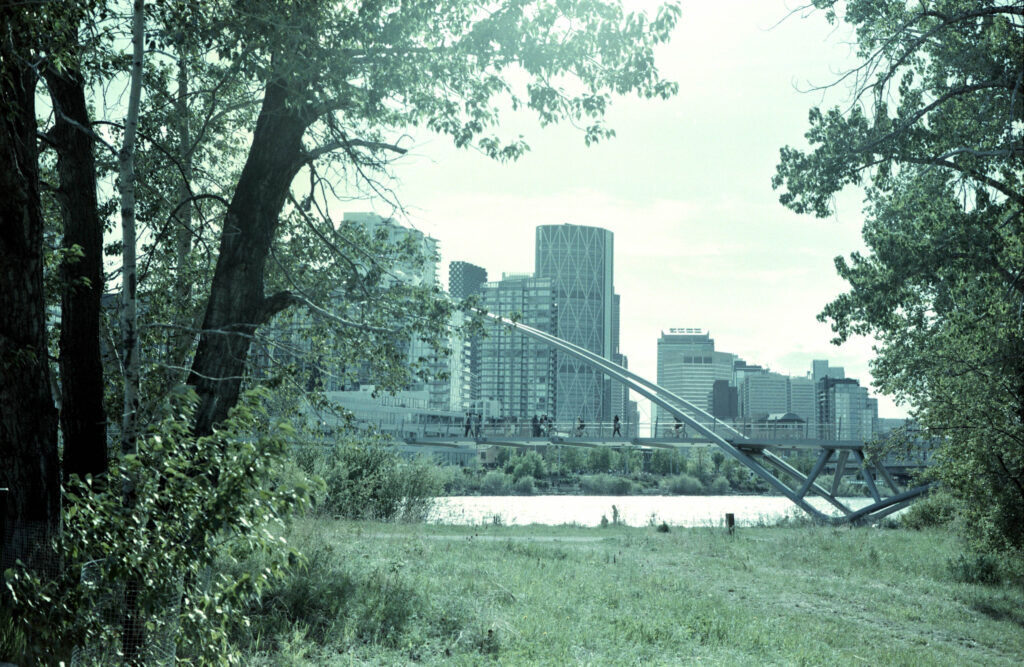 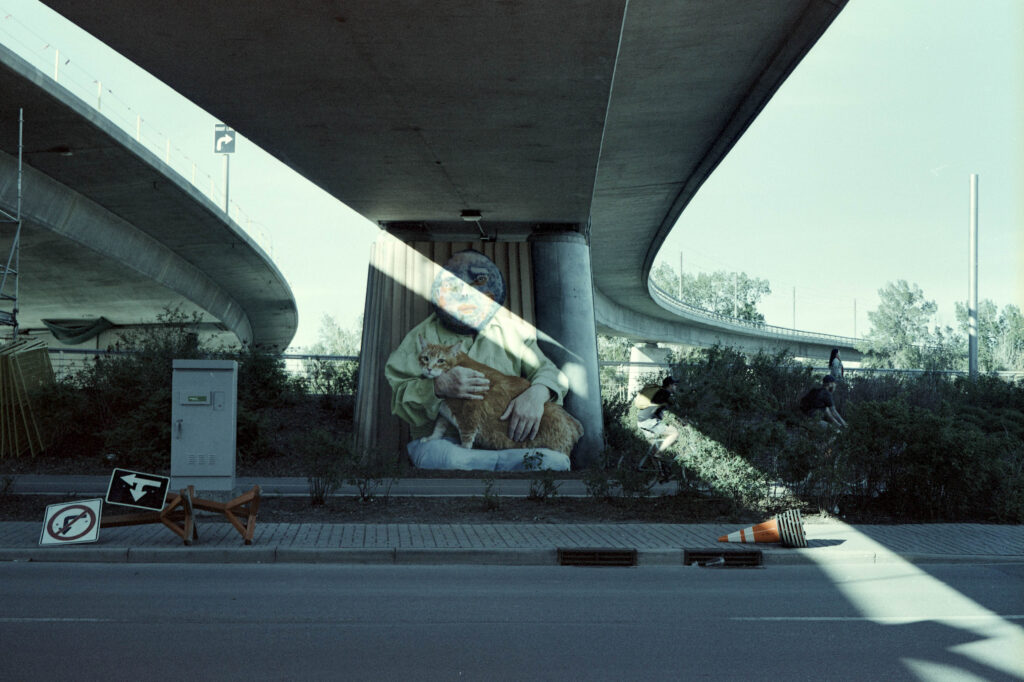 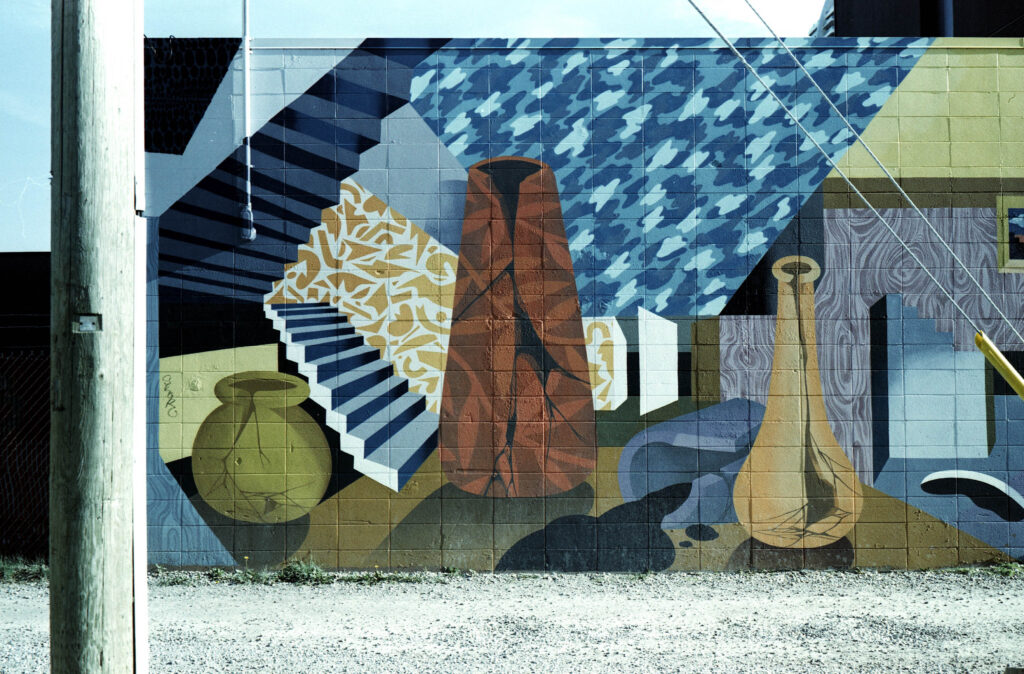 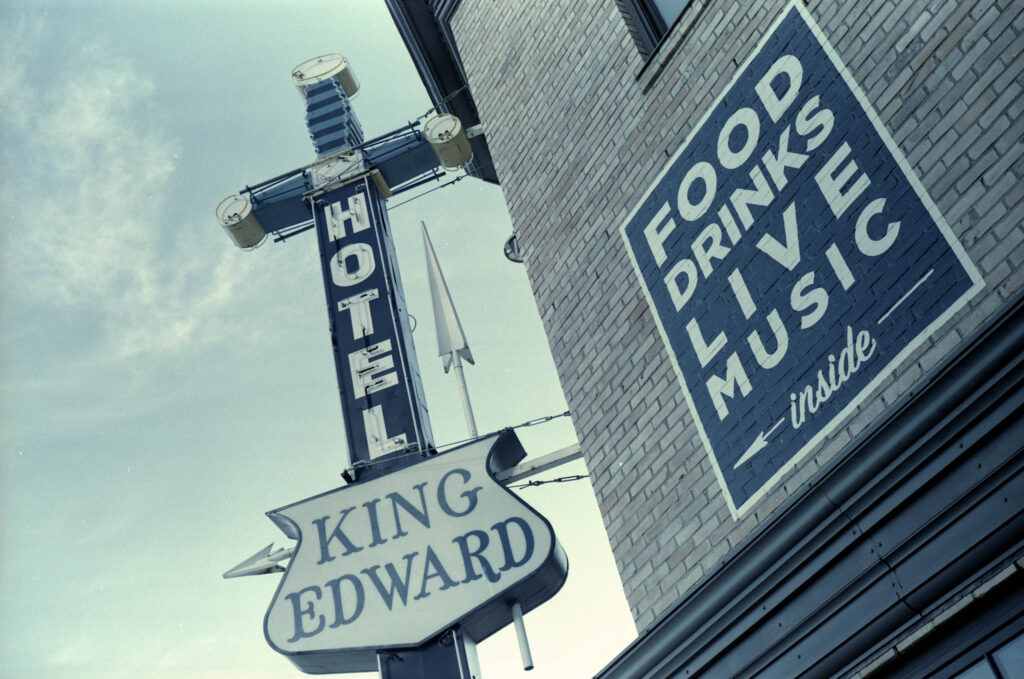 Hi everyone, Azriel Knight here and welcome to another episode of Days of Knight. Today is a special double episode, as I’m giving you my first impressions on the Fujica GW690 medium format rangefinder, as well as Lomography’s Lomochrome Metropolis, a strange but interesting colour film.

I have some experience with both Fujica and Lomography, and with Fujica, its been a positive one. About six months ago I reviewed the very similar Fujica GL690 and even though I found it overly complicated I liked it. The difference between it and the GW690 is the GL690 has interchangeable lenses. The GW690 has a 90mm f3.5 fixed lens.

As far as Lomography film goes, I haven’t always been the biggest fan. Last fall I did a first impressions of Berlin Kino film and I really didn’t like the results. It’s hard for me to dislike a film and even harder to publish the results of that.

But will my opinion of Lomography change today? Let’s find out.

If you weren’t aware, my main medium format camera is a Pentax 6x7, but my favourite medium format ratio is 6x9, so I was really looking forward to shooting this camera. The GW690 loads fairly easily.

The Fujica GW690 will not normally fire without film in it. If you’ve just acquired one and want to see if the shutter works before wasting a roll, you can trip it without film by opening the back and winding the advance lever.

At some point in the last year or two I shot a roll of Tiger CN, on 110, and I’m pretty sure it was expired. Even with those limitations, I was still impressed by it. So far am I one for one. One Lomography film I liked, one I didn’t. I saw some examples of Metropolis photos when I googled it, and liked what a saw. A sort of strange subdued off colour that gave an interesting depth to the photos.

To test the camera and film, I went to downtown Calgary. Naturally I wanted to shoot a metropolis on Metropolis, let’s take a look.

I hope you enjoyed those photos. I have to say I really really liked them. Now did I like them because of the camera or the film? The answer is both! First, let me tell you my thoughts on the camera.

Years ago, when I sold cameras, I said the most important thing was how it feels in your hand. If it doesn’t feel natural, it’s not going to be a good shooting experience. That being said the GW690 feels great in the hand, and surprisingly light. There’s a nice solid grip on the right and two options for activating the shutter.

The lens has the focus at the back, and the shutter and aperture at the front. I mentioned my issue with changing the shutter from the lens being confusing in my Olympus Om-1 review, but in this case it’s less of an issue as both settings are at the front instead of the base, the lens is much larger, making it easier to handle. Focusing is quick, as there’s very little twist from minimum to infinity. You definitely don’t need to crank it like some lenses.

I really like the rangefinder on this, the image in the middle is easy to find and line up, which makes focusing all that much faster.

You may have an issue with it being a mostly plastic camera, but personally I don’t really care. I will tell you about my two main issue with the Fujica GW690.

The first is that is has no light meter. Now it does have a shoe at the top, so I can put my Reveni Labs meter there if I wish, so not too big of a deal. Again, as a Pentax 6x7 owner without the metered prism, I’m used to shooting with a handheld meter. In fact neither of my medium format cameras have a light meter, so really this is only half a complaint.

Second is the fixed lens. It’s a fantastic lens and good focal length, but if I have the choice between this and the GL690, I think the GL690 has the edge. However, there are shooters out there that will shoot one focal length all the time and this would be a great choice for them.

Finally, here are a couple of tips when shooting this camera.

One is remember to double stroke. A couple of times I only advanced once out of habit. Not a big deal, but you may miss a shot. What I did, when I remembered, was advanced once right after I took the photo, so I wouldn’t accidentally trigger it when putting it back in my bag, and then once again when I took it out and was ready to shoot.

Tip number two, is if you’re not used to metering separate, just get in the habit of a) remembering the generally exposure from the last shot, if you’re in the same light, b) take occasional meter readings as you walk if you’re looking to capture a fleeting moment, and c) if all else fails, sunny 16.

This is one of those weird in between cameras for me. I really want to shoot with it again, but I’m not sure if I’d own one. That only means I’m personally not willing to part with the medium format cameras I have. I have committed to only owning 2 cameras from each format besides a small collection of ones with sentimental value. The line of what I own and what I don’t own is really blurry already as I have dozens of cameras that are in line to be tested, or sold. So between shooting with new cameras every week and still making time for my permanent collection I definitely can’t add another to the mix, btu I will say that Fujica, and the GL690 make a strong case for me if I were thinking of replacing my medium format Graflex. I think an SLR or Rangefinder user will find this camera very natural to hold and use.

Now let’s discuss the film. First thing that is going to attract you to the film is oddly enough, the packaging. The box it comes in is very enticing, and I know, what a strange thing to compliment but hey, if we shoot film because of tactile experience, then the package is part of that process.

More importantly though is the look of the film. Now I should preface this by saying normally I want my colours to look natural, but I think that’s about to change because this film, though subdued in saturation and lacking in certain parts of the spectrum is a gorgeous film. Metropolis is very green, green seems to be the colour that is the most prominent. Reds are there but subdued, and from what I have seen, blue is the least present.

One odd thing is that Metropolis is a film without a fixed ISO, the box reads 100-400. I chose to shoot at 200, right in the middle. If I shoot with this film in a future episode I’d like to do a colour chart test at the different speeds. Be sure and let me know if that’s something you want to see.

One thing that’s confused me though: Why is it called LomoChrome? Historically, anything with chrome in the title indicated slide film. Ektachrome, Kodachrome, Fujichrome Velvia. It’s weird to name a film that way, when it’s likely to confuse some of us.

The major thing that will turn you off is the cost. Lomography film is expensive. Especially for films that, no offence, can’t shoot properly. I like the idea of a film that’s a little off, it give character. Lomography seems to be all about the idea of “don’t think, just shoot and have fun” with a dash of unpredictable results. Which I think is great, but I don’t really want to pay a premium for that. So while I really loved the look of this film, the price will likely keep me from buying it regularly.

Well, that’s all for now, I hope you enjoyed this episode, if you did maybe you’ll consider becoming my patron on Patreon. Six times per year I mail out small darkroom prints made especially for my contributing viewers. It’s one of my favourite ways to say thank you to those who go above and beyond to support this channel and keep the content coming. If Patreon isn’t your thing I have a Paypal link down there as well, you can make a one time donation of any amount you’re comfortable with. You can also follow me on Instagram and Twitter, and until next time, stay classic!