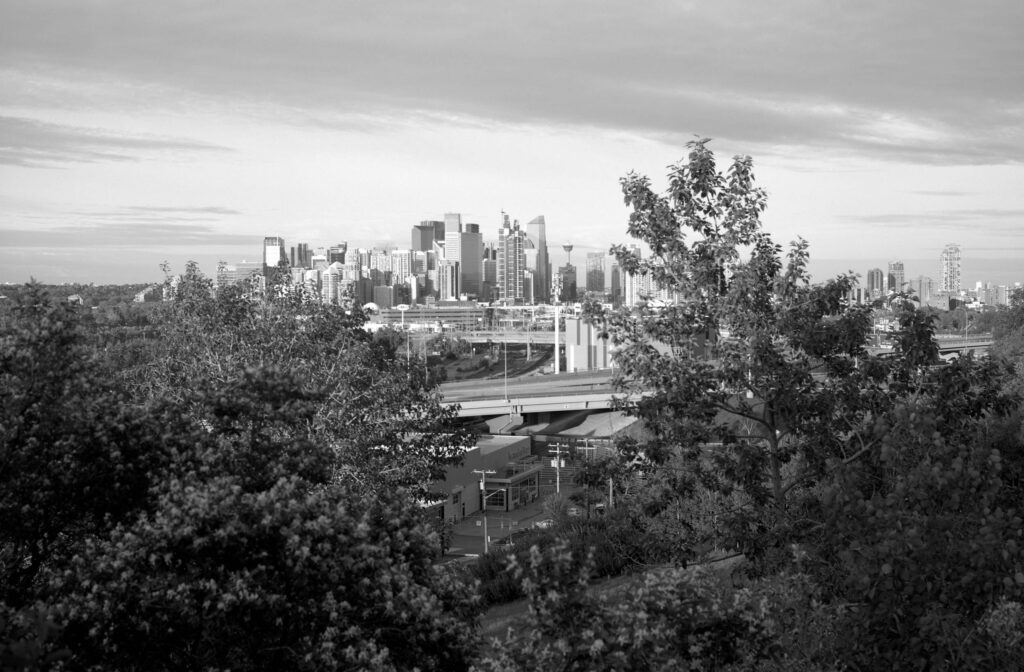 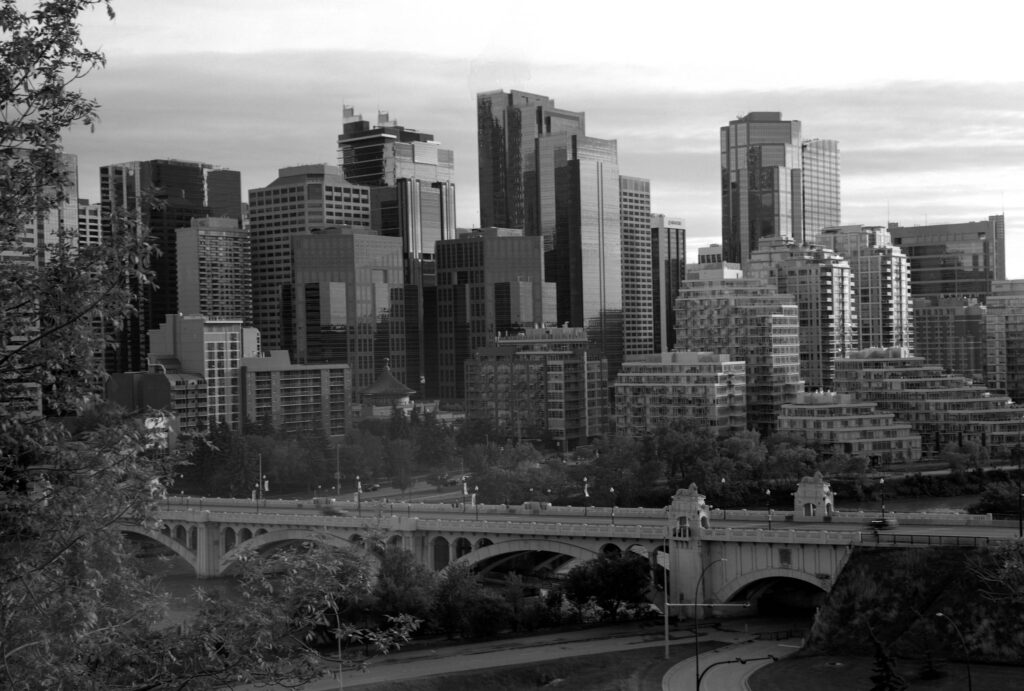 Hi everyone, Azriel Knight here and today I’m going to be trying out a discontinued film called Agfapan APX 25, a black & white film in medium format.

Before we begin though, I highly encourage you to sign up to my monthly newsletter. I do a giveaway each month, sometimes multiple, and at the end of this month I’ll be giving away darkroom prints that normally only go to my patrons. So sign up through the link in the description, and make sure you read the newsletter each month to see if you’ve won.

Today I’m going to take you on a mini skyline spree, and shoot a 20 year old roll of film on my Speed Graphic, let’s get started.

I Googled “best skyline locations in Calgary” and came up with five solid spots to shoot from. I personally think every photographer should shoot their city skyline, big or small, and make sure to do it a few times per year, as city skylines are just one of those things guaranteed to change over time. Seeing a really great skyline photo was one of the things that inspired me early on in my photography pursuits and I still find it a challenge because I’m never quite happy with the results. I always think there’s something I could have done better, and that’s what keeps me going back.

Knowing that I was only going to take a few shots today, I decided that the best camera for the job was not my Pentax 6x7, but my Graflex Speed Graphic, which produces eight, 6x9 medium format photos per roll using my 23 back. I knew I was going to need a tripod anyway, as the film was only 25 iso and to me this camera really belongs on a tripod.

I went into this not knowing anything about the film. I’d rather be surprised. All I knew is that this particular roll was frozen since new, and I was able to shoot it at box speed. It was donated to me by Al, so thanks to Al for contributing content to the channel. Al was the guy who donated that 30 year old roll of Kodak Ektar 25 you may have seen me shoot recently. If you missed that one, I highly recommend checking it out.

I should also note that I asked my patrons what film they’d like to see me shoot. The choice was between 10 films: 5 colour, and 5 b&w, some expired, some fresh and Agfapan APX 25 won with 25% of the vote. Thanks to my patrons for participating in this, it was a lot of fun to see the results come in. All of my patrons, even those at the $1 level get to vote on how episodes are made as well as other things that shape this channel.

Anyhoo, I’m still very new to this camera and you’ll see that things didn’t go perfect. I’ve had to check a couple different videos on how to load this back and I am happy to report I got it right this time. Tutorials only take you so far though and this is a very different camera than all of my others. It’s one of two main medium format cameras though, at least for now, and I’m very happy to have it.

Like I mentioned, I hit five locations just outside of downtown Calgary to create some cityscape photography, let’s take a look!

I hope you enjoyed those. Of course I’m always honest when I have an issue, and unfortunately I had some light leaks. Good news is this was 100% human error. This 23 back goes on here and then you slide these metal pieces down to lock it in, and I didn’t lock them in properly, creating a leak. It’s most obvious in these two shots right here where I was shooting into direct sunlight but lucky for me, it was less obvious in most of my other photos.

One other issue I made was that I set my shutter to bulb instead of 1 second on my last photo, and thought a double exposure might fix the issue, it absolutely did not 🙂

There’s this weird blob up here. It was more prominent right after drying, but became less obvious when I rescanned it later. I’m thinking I didn’t allow enough time to dry before sleeving the film perhaps? Let me know your thoughts.

The last thing I want to mention about using this camera, and at such a slow speed is any shake is going to be noticeable. So while this photo looks pretty decent, once you zoom in it’s pretty obvious I bumped the camera or shifted it during exposure. This might not be something that shows up in a 35mm shot, but a 6x9 negative will show more flaws. I’m going to consider a cable release next time, but the one I have does not fit here, and isn’t long enough to trigger the shutter here.

Let’s talk about the film.

If I had to describe Agfapan APX 25 in one word: crisp. I have shot a lot of expired film in my time, and much of it lately has been frozen since new. So when I say I was disappointed, it’s only because I likely won’t be able to get any more of it anytime soon. I loved it. The images, despite my issues, came out nothing short of stunning. There is a quality to this film that I can’t quite put my finger on. It’s sharp, but not just sharp, which is why I use the word crisp. The film itself is extremely thin, almost feels like scotch tape it’s so thin. It lays relatively flat as well, which is really nice. The resulting image is something that really jumps out at you and it makes me a little sad I can’t shoot more if it. I do have some Agfapan 25 in the freezer, but it’s not labeled APX so I’m not sure it’s the same. It’s also much older.

I’d like to also give you a few tips today on shooting city scapes, or skyline photos. Some tips will be obvious, others might not be as much.

Those are my tips. I hope you found at least a couple of them useful. Be sure and let me know yours in the comments, I’d love to hear them.

Well folks, that’s all for now. As always, I hope you enjoyed this video. The biggest way you can help the channel, is joining me on Patreon. Starting at a dollar, your support goes much much farther than YouTube’s advertising, and I have all sorts of benefits including early access and free darkroom prints. You can also follow me on Instagram and Twitter, and until next time stay classic.